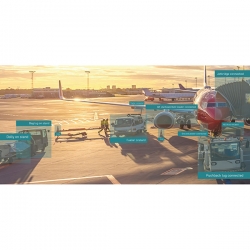 Assaia will display its artificial intelligence (AI) ApronAI solution at Passenger Terminal EXPO 2023.
The time from when an aircraft lands until it takes off is known as the ‘airport black box’. Over 300 tasks need to be completed by more than 75 different people during this time. In most cases, there is limited visibility of these interactions, leading to guesswork and estimations that are becoming increasingly costly in terms of on-time departures, the number of gates needed and sustainability metrics.
Assaia’s mission is to use AI to give airports and airlines control to predict, respond and automate turnaround operations so that airlines can turn around aircraft and airports can free up gates more quickly. Essentially, it plans to turn the black box into a glass box.

Assaia’s deployment of ApronAI at Seattle-Tacoma International Airport (SEA) in Washington has resulted in an average nine-minute reduction in gate holding time, equivalent to savings of US$5m in 2021 with CO2 emissions reduced by 1,500,000kg per year. SEA affirmed that the visibility provided by Assaia has led to fewer delays, increased gate capacity and, importantly, a clear overview of safety events and sustainability metrics.

In Europe, Assaia worked with a large airline at its capacity-constrained hub terminal to understand the implications of decreasing the gate allocation buffer from 25 minutes to 15 minutes using its AI algorithm of historical data and computer vision to predict departure time accurately (POBT – predicted off-block time). This reduction resulted in four fewer stands needed during peak hours, equivalent to airport revenue of US$67.7m per year. 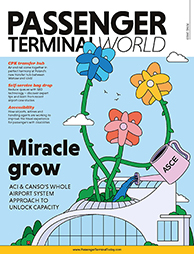